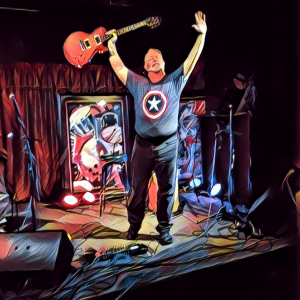 Werewolves howling for lost love and regret, robots enslaving and destroying humanity, lost love returning in the zombiepocalypse, and more! Bryan has been many kinds of geek in his life, these days he embraces it. He’s published six solo albums and five singles. The latest album, “Hero” explores several angles beyond the surface of the subject of “the Hero”.

Follow Bryan at his site, ka-klick.com, or on Twitch as @ka_klick!